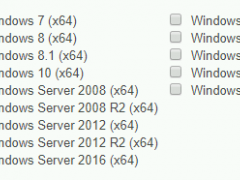 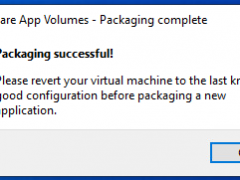 With App Volumes 4.0 the process of creating “App Stacks” changed fundamentally. Now each application is in its own an App Stack. Below I will guide you through that process… Read more » 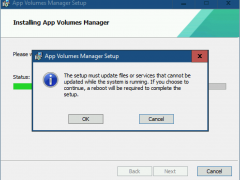 App Volumes 4.0 was just released! In this guide, I will take you through an upgrade from 2.18 to 4.0. What’s new? Application Inventory Applications – Records that represent an application irrespective of… Read more »

App Volumes 2.12.1 is a awesome update but it comes with a flaw out of the box. The vCenter certificate can be accepted but the logging will spam that it’s… Read more » 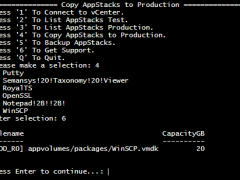 Like most IT guys I like to reduce the amount of repeating work where possible. At a customer, we build a VDI/Workspace One staging environment where VDI/RDS templates are built,… Read more » 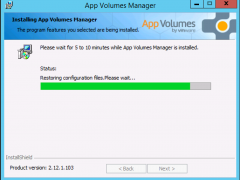 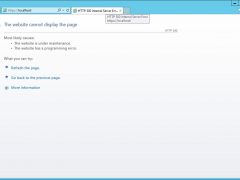 Had some fun with upgrading App Volumes from 2.11 to 2.12. Normally this is a no brainer upgrade. Just by following the manual. But… This is why i crap on SQL accounts… Read more » 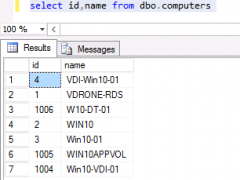 Ran into an issue this week where App Volumes tried syncing two computer accounts with Active Directory but those system were not existing anymore in Horizon View or Active Directory. However they… Read more » 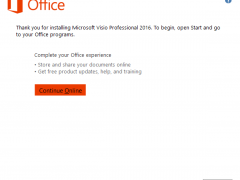 App Volumes 2.12 just got released and it (finally) supports Office 2016! Upgrading to App Volumes 2.12 is pretty straight forward although it’s not really an upgrade process. To “Upgrade”… Read more »

Deploying the new App Volumes 3.0 is pretty straight forward. With version 3.0, App Volumes got packed in a ubuntu linux appliance. Just simply deploy the OVA template in your… Read more »